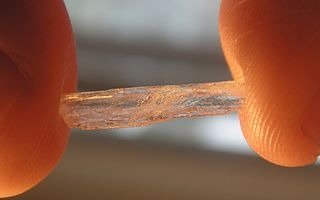 KXAN-TV reported on July 5 that a woman was arrested in Round Rock after officers found 10 ounces of methamphetamine in her car during a traffic stop along Interstate 35 (I-35). According to KXAN, an ensuing investigation by detectives led to officers—with the help of the FBI, Austin and Pflugerville police, Texas DPS, and U.S. Immigration and Customs Enforcement—raiding an apartment in the Tech Ridge area of Austin where they reportedly found almost $30,000 in cash, 2 pounds of cocaine, and 19 ounces of methamphetamine.

Two weeks later, KXAN reported that another driver stopped on I-35 led to another police search of the vehicle. Officers found three jugs of Purple Power degreaser which actually contained about $2 million worth of liquid crystal methamphetamine (roughly 75 pounds).

Requests from police officers to search the vehicles of people stopped for routine traffic offenses are not terribly uncommon, but too many people are unaware that they have the right to refuse such requests. Law enforcement may be authorized to conduct searches without the consent of vehicle owners when they have probable cause (the alleged odor of marijuana is one common claim from police officers in such situations), but a person may be able to file a motion to suppress all evidence seized by authorities during a search if it was unlawfully conducted.

If you are pulled over for any reason in Central Texas, you should always do your best to remain calm and courteous with law enforcement. Do not, however, expect police officers to inform you about all of your rights. Remember that the Fourth Amendment to the United States Constitution protects you from unreasonable searches and seizures, and your right to remain silent is enshrined in the Fifth Amendment to the United States Constitution which protects people from being compelled to be witnesses against themselves in criminal cases.

When police officers find any kind of a controlled substance in an alleged offender’s motor vehicle during a traffic stop, illegal searches or seizures are some of the most common reasons that the criminal charges are ultimately dismissed. If you were recently arrested for any kind alleged drug crime anywhere in Williamson County or a surrounding area of Central Texas, it is in your best interest to immediately contact Price & Twine, PLLC.

Michael J. Price is a skilled criminal defense lawyer in Georgetown who can investigate all the circumstances surrounding your arrest and fight to help you achieve the most favorable outcome that results in the fewest penalties. Call (512) 354-1880 right now to receive a free initial consultation that will let our attorney review your case and answer all of your legal questions.