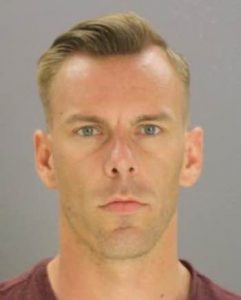 Austin police officer Coleman Martin, age 29, was arrested after faking his death and fleeing to Mexico. He was arrested at DFW International Airport after being flagged by U.S. Customs and Border Protection as he tried re-entering the country. Martin has had a warrant out on the misdemeanor charge of filing a false alarm.

Martin was planning to return to the Austin-Bergstrom International Airport after he flew in from Columbia. He will be placed on restricted duty awaiting investigation.

Martin Sent Wife a Photo of his Suicide Note

Martin’s wife told police officers he was missing on April 26. He sent her a photo of his suicide note saying that he was going to drown himself in a lake near the border.

The next day, his truck, along with a raft with his name, date of birth and fictional date of death were found on the border of Mexico near Lake Amistad.

A Different Woman Got an Email About Staged Death

Soon after a manhunt was released in search of Martin, a different woman reported that he sent her an email about his staged death.

To read more, click this link: you can find here