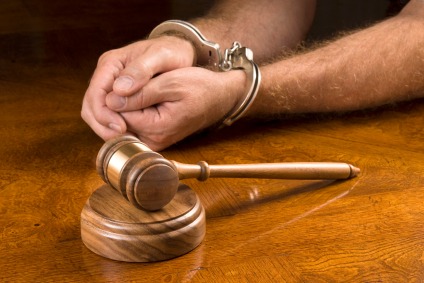 Greg Kelley, the 22-year-old former Leander High School football player convicted of super aggravated sexual assault of a child in 2014, was released from the Williamson County Jail on $50,000 bond on August 22. The Austin American-Statesman reported that state District Judge Donna King said in a 10-page order that she was granting bond to Kelley after finding that his due process rights were violated during a flawed Cedar Park police investigation.

Williamson County authorities told the American-Statesman and KVUE-TV on May 25 that they had reopened the investigation into Kelley’s case and had unearthed a viable suspect in the case. That suspect, Johnathan McCarty, has been arrested on a probation violation on a drug charge and held on $450,000 bond.

Texas Ranger Cody Mitchell testified on August 3 that he had identified three suspects in his investigation of the child sexual assault case that led to Kelley’s conviction and 25-year prison sentence. According to the American-Statesman, Mitchell “acknowledged multiple steps that Cedar Park police did not take during the investigation and said that the lapses were chilling.”

“I would be scared to death to think I could end up in the same position (as Kelley),” Mitchell said, according to the American-Statesman.

A 4-year-old boy told his mother in July 2013 that Kelley had sexually assaulted him twice at the in-home day care run by McCarty’s mother. Another 4-year-old also claimed Kelley made him touch him inappropriately, but the additional charge against Kelley was dropped after that child later recanted.

The American-Statesman reported that prosecutors and police “had no physical evidence against Kelley, and their case was built almost entirely on the testimony of the first boy.” A specialist in digital forensics testified on August 3 that none of the more than 9,000 images on Greg Kelley’s cell phone contained child pornography while a review of files on McCarty’s computer included images of naked children, some of which had been deleted.

Law enforcement agencies in Texas and all over the nation take criminal offenses in which children are victims very seriously. Oftentimes, officers feel intense pressure to determine and apprehend the alleged offenders as quickly as possible. This rush to pursue justice can sometimes mean that the rights of the alleged offenders are ignored.

Any person who is suspected of child abuse or any kind of sexual offense should refuse to speak to authorities until he or she has legal counsel. Even when an individual knows that he or she is completely innocent, certain statements can still be used against that person later on if authorities decide to pursue criminal charges.

Greg Kelley’s story is troubling for a variety of reasons, but the errors committed during the handling of his case should reinforce the importance of working with a highly experienced criminal defense attorney when a person is charged with any kind of child sexual abuse crime. Michael J. Price is a skilled criminal defense lawyer in Georgetown who will fight to protect your rights and help you achieve the most favorable possible resolution to your criminal case.