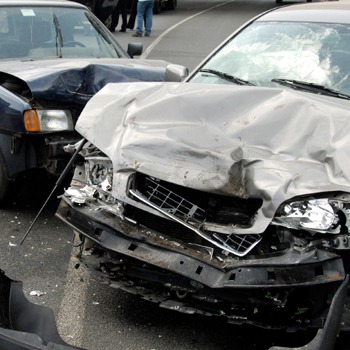 Two people were killed in a six-vehicle crash in Williamson County on August 31. The Austin American-Statesman reported that authorities said a 2006 Ford F-150 pulled out of a convenience store and slammed into two vehicles at the intersection of Texas State Highway 29 and County Road 200 before taking off on the wrong side of Texas 29 after the crash and crashing into two other vehicles.

KXAN-TV reported that the F-150 driver went the wrong way westbound on SH 29 for a quarter of a mile before striking two more pickups. The Williamson County Sheriff’s Office said in a tweet that a hit-and-run suspect was in custody, but later clarified that the incident was not a hit-and-run and that the driver they believe to be at fault was airlifted to the hospital in critical condition, according to KXAN.

Both of the individuals who died were occupants in one of the vehicles originally struck by the alleged offender. The night after this six-vehicle wreck, DPS troopers reported another fatal collision on Texas 29, two miles east of Liberty Hill. In that case, a motorcyclist died when a Honda Accord prepared to make a left turn into a private drive.

When a person is involved in a motor vehicle accident, it is an extremely frightening and disorienting experience. Every individual is required to stay at the scene of a crash and make sure that required information is provided to all other parties involved in the wreck.

Failure to remain at the scene and provide necessary information can lead to an alleged offender being arrested for leaving the scene of an accident, a criminal offense more commonly known as hit and run. While leaving the scene of an accident involving property damage is a misdemeanor offense in Texas, a person can face felony charges if the crash involved serious bodily injury or death.

When a person was allegedly under the influence of alcoholic beverages or a controlled substance at the time he or she caused an automobile collision, that individual may be charged with intoxication assault or intoxication manslaughter. Both of those crimes are also felony offenses that carry very steep penalties.

If you have been charged with leaving the scene of an accident anywhere in Williamson County or a surrounding area of Central Texas, you will want to make sure that you immediately contact Price & Twine, PLLC. Georgetown criminal defense lawyer Michael J. Price aggressively defends people accused of all kinds of serious traffic offenses and fights to get criminal charges reduced or dismissed.